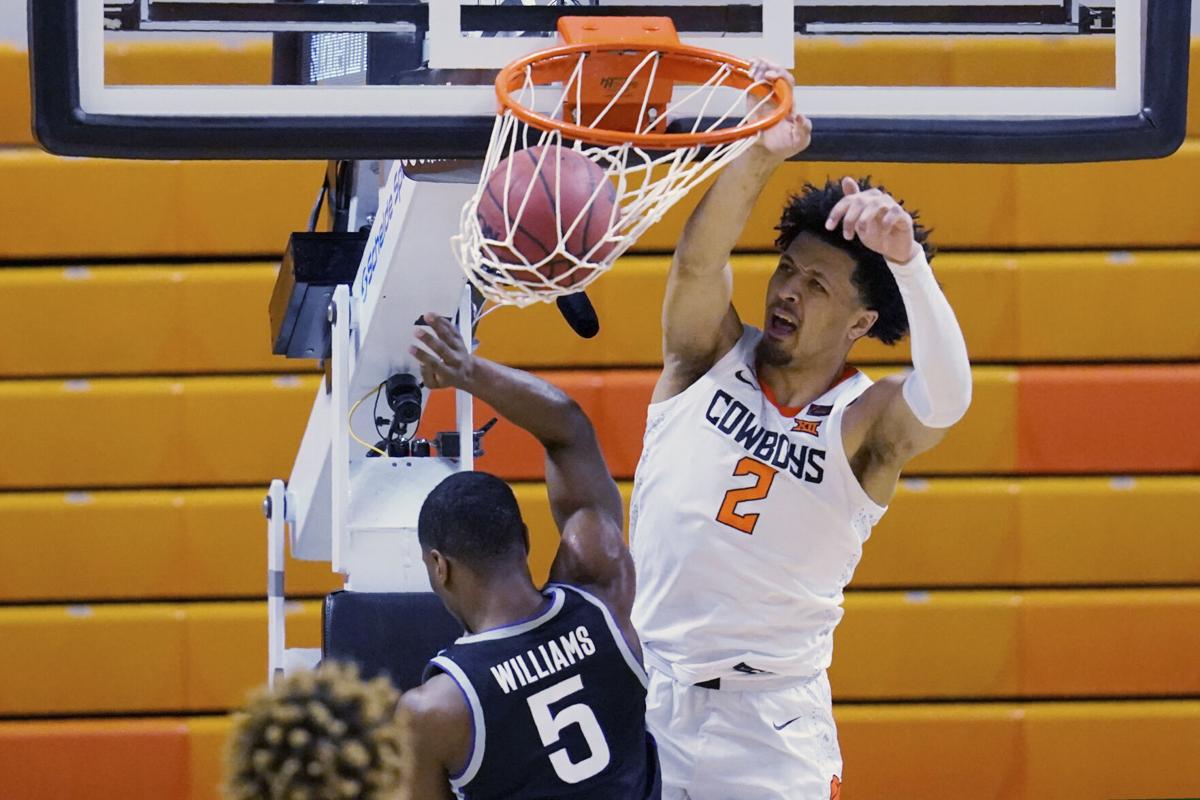 Oklahoma guard De’Vion Harmon shook his head a bit at the question.

Both are from the Dallas-Fort Worth area and have played with and against each other since middle school.

After Harmon’s Sooners lost to Cunningham’s Cowboys 94-90 on Saturday, Harmon was asked what he appreciated about Cunningham that wasn’t obvious.

“I hope you all can see it,” Harmon said. “If you all watch basketball, I hope you can see it. It’s not out there for nothing.”

Cunningham’s skill, Harmon said, is obvious to even the most casual fans, and his stat line — a career-high 40 points and 11 rebounds — made his impact plain to see.

Harmon and the Sooners hope to find an answer to Cunningham on Monday, when No. 7 Oklahoma and Oklahoma State meet for a second Bedlam Series matchup in three days, this time in Stillwater, Okla.

“Who knows if 40 points will happen again,” Cunningham said. “Who knows, but I know we all play to win.”

“He’s 19 years old, by the way,” Cowboys coach Mike Boynton said, “in case anyone needs a reminder why he’s special.”

While the winner will bolster its NCAA Tournament resume, the game also has plenty of repercussions in the Big 12 race.

The teams are tied for fourth place in the conference in a tight pack of teams.

Oklahoma State (16-6, 9-6 Big 12) comes into the game hot, having won four consecutive games and seven of their last nine.

Oklahoma had some success using Elijah Harkless on Cunningham, especially early in the game.

They figure to use Harkless plenty on the star guard once again.

Harkless has been the Sooners’ top defender since initially moving into the starting lineup in early January. Saturday’s game was his first game coming off the bench in 12 games.

Though Oklahoma has struggled with coming out of halftime slowly in recent games — even before dropping two consecutive games — Harmon said he wasn’t concerned about the dip turning into a prolonged slump at what would be the worst possible time.

“We’re going to be good,” Harmon said. “We’ll be fine. We get another big-time opportunity to go get one on the road in Stillwater on Monday night. We look forward to the opportunity with blood in our mouths and eyes wide open.”

The teams have not played in back-to-back games since 1943.

Monday’s game was originally scheduled for Jan. 16 but moved after COVID-19 protocols forced the Cowboys to temporarily suspend team activities.