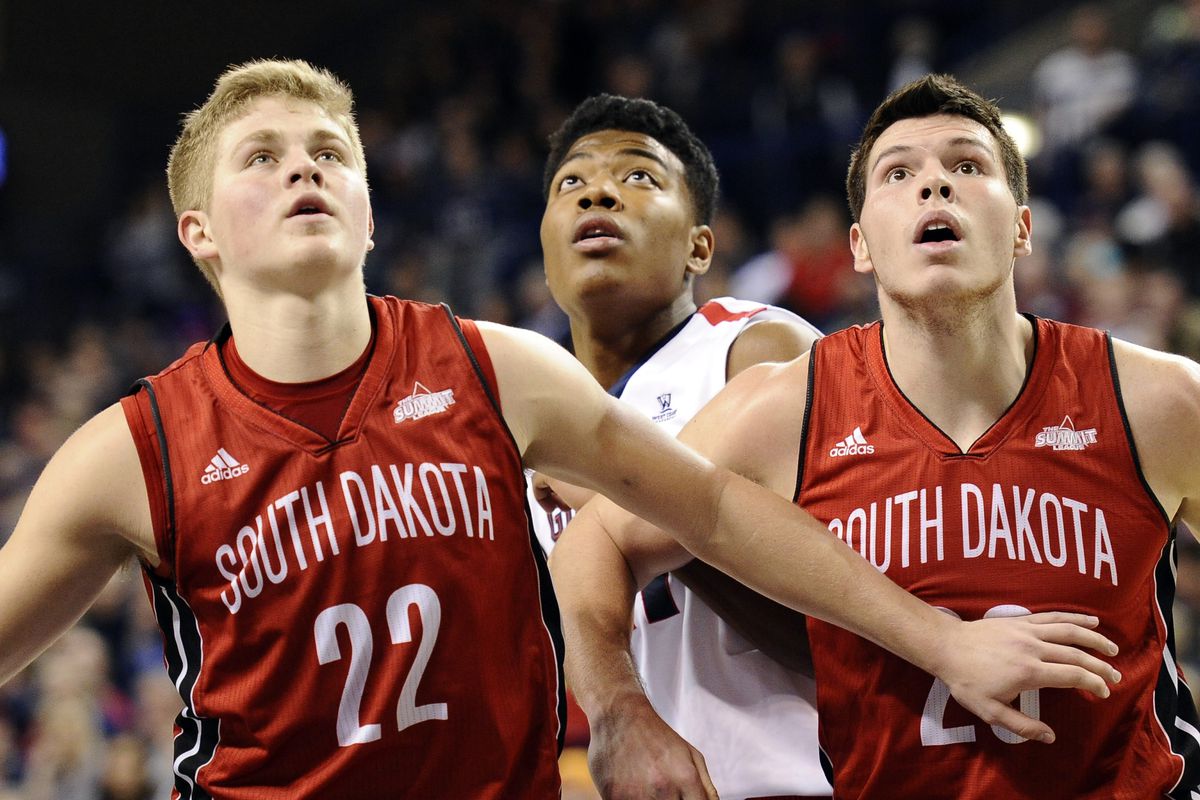 The Washington Huskies will play for the first time in more than week when they host South Dakota on Monday night in Seattle.

No. 23 Washington (5-1) will play the fourth of seven straight games on its home floor as South Dakota (6-2) arrives. The Huskies won the first three games of the homestand in convincing fashion and face a Coyotes team coming off a loss at Northern Arizona on Saturday night.

On Nov. 24, a pair of talented freshmen led the way in the Huskies’ 88-69 win over San Diego. Isaiah Stewart scored 25 points and Jaden McDaniels added 20.

Washington is averaging almost 78 points per game over its last three.

“We have a lot to get better,” coach Mike Hopkins told The Seattle Times. “We’ve gotten better, but I’ve said it multiple times, baby steps.

“This team might take two steps forward and take a step back here and there. Hopefully they don’t, but that’s what usually happens with inexperience and youth.”

The Huskies are also waiting for point guard Quade Green, a transfer from Kentucky, to come into his own. Green averages five assists per game but has made just 3 of 11 3-pointers this season, an area at which he excelled while at Kentucky.

“Our four-game road trip … will really define what kind of team we will be early in the season,” Lee told the Argus Leader.

South Dakota has started the season with seven of its first nine games away from home, with three in Hawaii.

Six-foot-10 senior Tyler Hagedorn leads the Coyotes in scoring at 18.9 points per game, and his experience could test the Huskies’ young big men. He’s knocked down 18 of 24 3s on the season, the most made 3s on a team that has four players who have hit 10 or more.

South Dakota was outscored 14-2 over the final four minutes of the game in Flagstaff, Ariz. Junior guard Stanley Umude led the way with 18 points and 14 rebounds for the Coyotes.

Umude is the first Coyote to be selected as the Preseason Summit League Player of the Year.