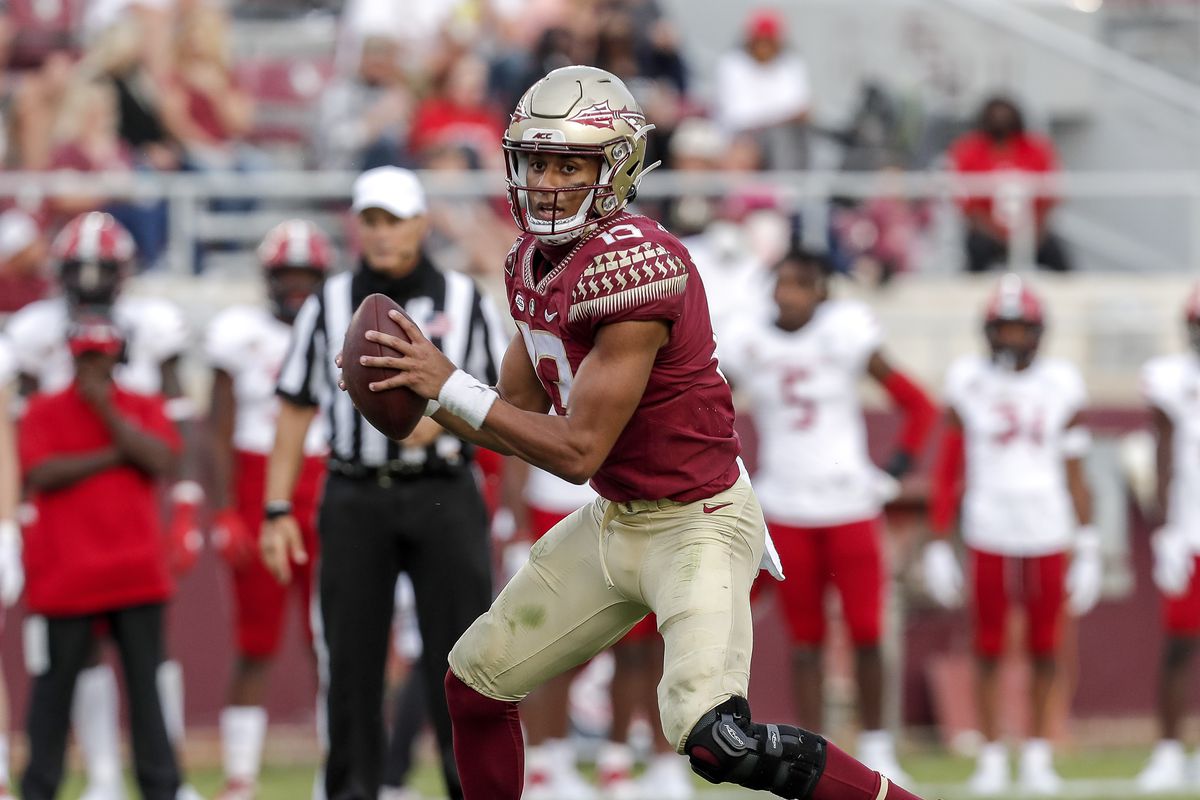 North Carolina climbed in the national rankings again, reaching rare real estate that could prompt the Tar Heels to pause to admire the view.

Coach Mack Brown wants his team to save its receipts, not savor the relocation to the top of the ACC.

“We need to buy a house in this neighborhood. We haven’t been here much,” Brown said. “We’ve been visiting the first couple of weeks in the Top 10. This is who we want to be, but have we earned it yet?”

The No. 5 Tar Heels are favorites again heading into Saturday night’s game against Florida State at Doak Campbell Stadium in Tallahassee, Fla.

North Carolina (3-0, 3-0 Atlantic Coast Conference) hasn’t been ranked as high as No. 5 since 1997, which marked Brown’s final season in his first stint with the Tar Heels.

Florida State (1-3, 0-3) hasn’t had nearly as much success, though the Seminoles kept it interesting in last week’s 42-26 loss at Notre Dame. Now for the second week in a row, Florida State will play a foe ranked No. 5.

“I think we took a step in the positive direction,” Florida State coach Mike Norvell said. “I thought we played with the right mindset. We need to go play our best game this week.”

The Seminoles, who’ve also lost to a Miami team that has spent time in the Top 10, is getting accustomed to these mighty tasks.

“It definitely adds a sense of urgency in all aspects of what we need to do,” Norvell said. “If we do not go out there and apply the lessons that have been learned, we’re going to find ourselves in a very challenging situation.”

North Carolina has faced just one ranked team — running away from then-No. 19 Virginia Tech in last week’s 56-45 victory. The Tar Heels begin a stretch against five consecutive opponents who, entering this weekend’s games, haven’t been ranked at any point this season.

“They’re some of the best backs I’ve ever seen in my life,” North Carolina quarterback Sam Howell said. “(Compared to last year) they’re being more of a factor in the passing game, too. We have that balance on offense. We have so many playmakers.”

On the other side, there were concerns about the amount of points the Hokies piled up.

“Now we have to go back and figure out what went wrong on defense,” Brown said.

“We’re still not playing very well on defense,” Brown said. “Too many missed tackles. … Some fans won’t be happy with the defense. What I’m going to tell them is be happy with 3-0.”

“I’m excited to see him build upon that,” Norvell said.

This is the 20th meeting between these teams, and only the third time that Florida State doesn’t hold a national ranking.

For the third straight meeting, the teams will collide in Tallahassee. North Carolina won on trips in 2010 and 2016, both by 37-35 scores.