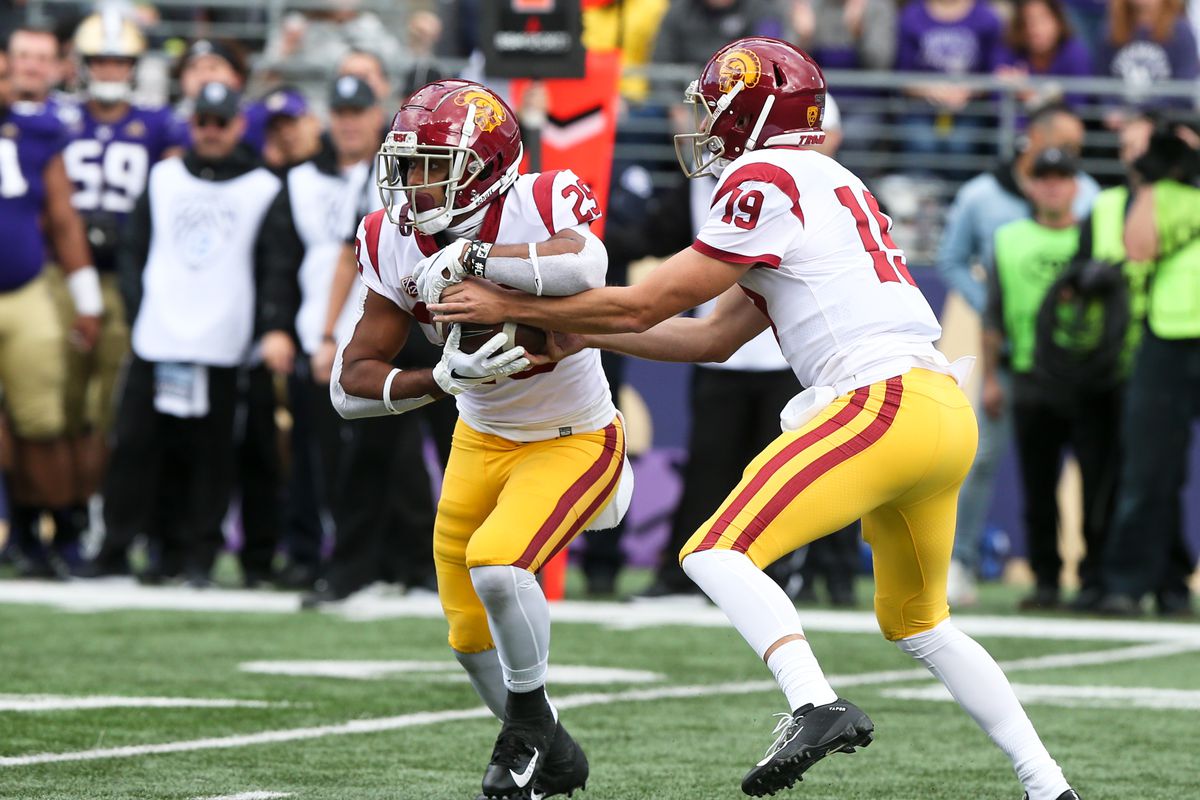 SOUTH BEND, Ind. (AP) Brian Kelly of No. 9 Notre Dame knows a little how his Southern California counterpart Clay Helton might feel as their teams prepare for their 91st meeting Saturday night.

”What was the over-under that I’d make 10 USC games?” the Fighting Irish coach joked about whispers of his job security despite two 12-0 regular seasons, a trip to the national championship game in 2013 and a playoff berth last season.

The coaching seat always seems warm at these two storied programs and, at the moment, it’s Helton’s turn. His unranked Trojans (3-2) would get a huge boost with a win against Notre Dame (4-1), which is a 10 1/2-point favorite.

The 47-year-old Helton, who is 35-19 with 12 victories over Top 25 teams since being named coach in 2015, received a vote of confidence of sorts from interim athletic director Dave Roberts, who told the Los Angeles Times he would leave Helton’s fate in the hands of his successor.

”If he has a successful season,” Roberts said, ”I think he’ll be in good stead.”

Helton is 1-3 against Notre Dame and Kelly is 6-3 against USC. While Helton has gone about the business of bringing the Trojans through a bye week following their 28-14 loss at Washington, Notre Dame is coming off convincing victories over Virginia (35-20) and Bowling Green (52-0).

True freshman quarterback Kedon Slovis, who took over when J.T. Daniels went down with a season-ending knee injury in the opener, returns after missing the Washington loss with a concussion.

”We’re glad to have him back,” Helton said of Slovis, who has completed 77.9% of his passes for 732 yards and five touchdowns. ”I think one of the biggest things for us will be protecting the quarterback.”

Notre Dame quarterback Ian Book threw for five touchdown passes for the second time this season in the victory over Bowling Green.

”Book has been a great field general for that team,” Helton said.

Running back Jafar Armstrong, who suffered a torn abdominal muscle in Notre Dame’s opener that required surgery, is expected to play. The 6-foot-1, 220-pound Armstrong adds another dimension with his breakaway speed. In his absence, Tony Jones Jr. has been over the century mark three times and totaled 381 yards on an average of 6.9 yards per carry.

”I don’t know if we can expect (Armstrong) to throw on a cape and play like Superman,” Kelly said. ”If we can get 20 plays out of him, that will be terrific.”

In addition to Slovis, safety Talanoa Hufanga (concussion) and cornerback Olaijah Griffin (back spasms) have been cleared to play for the Trojans.

Both teams feature several players of Polynesian descent, and two of them once butted heads on the Hawaiian island of Oahu: Notre Dame DT Myron Tagovailoa-Amosa and USC RB Vavae Malepeai.

”My junior year (at Kapolei H.S.),” Tagovailoa-Amosa said, ”Vavae ran all over our defense” in a 67-21 victory by Mililani.

BACK HOME AGAIN IN INDIANA

USC freshman running back Markese Stepp is no stranger to Notre Dame Stadium. He visited there often when the Irish were recruiting the 6-foot, 235-pound prep All-American standout from Indianapolis Cathedral. The school’s mascot? The Fighting Irish.

”Their game days are insane,” Stepp said. ”I went to a ton of them – I can’t even count how many. The fans are crazy.”

And the 77,622 fans in sold-out Notre Dame Stadium could be shivering. Saturday’s weather at the 7:42 p.m. kickoff is forecast to be clear and cold (around degrees) with 10-20 mph winds.

Notre Dame leads the series 48-37-5. It began in 1926 when Notre Dame won 13-12 in Los Angeles and both schools have plenty of national titles, Heisman Trophy winners, All-Americans and players in the College Football Hall of Fame.

”It’s a special game, and it’s a special place in history. It’s something where you can make history,” Helton told his team.

Kelly was 3 years old in 1964 when the Trojans rallied past the Irish, 21-17, denying Notre Dame a national title. As he grew older, the game became must-see TV because of the rival coaches.

”It would be (USC coach) John McKay on the sideline and (Notre Dame’s) Ara Parseghian,” Kelly said of his first memories. ”It was one of those games you wanted to watch because it was such a big game.”

McKay was 6-3-2 against Parseghian and his teams won three national titles. Parseghian’s won two and were denied two more by USC victories.

Kelly also recalled fullback Sam Cunningham, who later starred for the New England Patriots. In 1971, McKay’s USC team brought a 2-4 record to South Bend to play Parseghian’s Irish, who were 5-0. Cunningham scored a touchdown in the 28-14 Trojans victory that also included a 20-minute brawl.

That was the last time an unranked USC team beat a ranked Notre Dame team in South Bend.