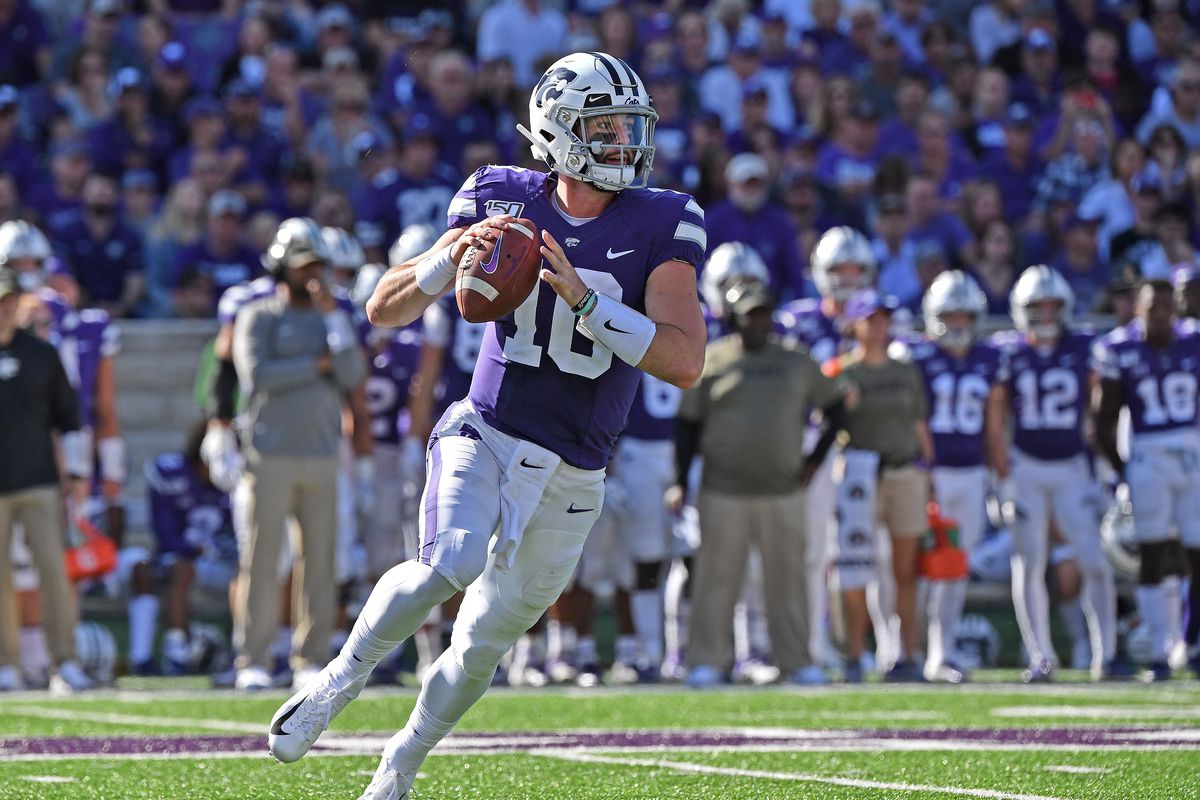 With new head coaches, neither No. 24 Kansas State nor West Virginia knew exactly what they had at the beginning of the season.

The Wildcats’ Chris Klieman came from the FCS level, where he won four championships in five years at North Dakota State. The Mountaineers’ Neal Brown came off a successful stint at Troy from the Sun Belt Conference.

They meet Saturday in Manhattan, Kan., on different paths.

Brown took over a program seemingly in better shape than Klieman’s when he stepped in after Dana Holgorsen’s unexpected departure for Houston. The Mountaineers finished last season tied for third in the Big 12 at 6-3 and were 8-4 overall.

But West Virginia (3-6, 1-5 Big 12) has lost five consecutive games and must win all three remaining games to be bowl eligible.

Kansas State (6-3, 3-3) has exceeded nearly everyone’s predictions. Picked to finish ninth in the Big 12, K-State has defeated an SEC team (Mississippi State) on the road and then-No. 5 Oklahoma at home. A last-second loss to current No. 19 Texas last Saturday kept the Wildcats from being in prime position to play in the conference championship game.

“It stinks to lose,” Klieman said after the Texas game. “There’s no moral victories. Guys are hurting. But (I’m) proud of the way the guys fought and battled. We need to bounce back and have a great week of prep and get ready for the next one.”

The key for Kansas State has been balance. The Wildcats are averaging 198.8 rushing yards per game and 180.7 through the air. Their point production favors the ground game, with 25 touchdowns on the ground through nine games, compared to just nine via the pass.

Quarterback Skylar Thompson had his career-best in passing yards against Texas (253), but after running for seven touchdowns in the previous two games against Oklahoma and Kansas, he was held out of the end zone.

Ironically, Brown was the choice of a large chunk of Kansas State fans when Hall of Fame coach Bill Snyder retired following the 2018 season. Brown was 35-16 in his four seasons at Troy, including 31-7 in his final three seasons, when he won three bowl games. Instead, he took the job in Morgantown.

The Mountaineers have struggled on both sides of the ball in Brown’s first season.

They average 253.9 passing yards per game but rank 111th out of 130 teams in total offense because the ground game is managing only 75.8 yards per game. The defense is allowing 421.0 yards per game, and Kansas State will be sure to test a run defense yielding 172.1 yards on average.

“It was a frustrating day all around,” Brown said after West Virginia’s 38-17 home loss to Texas Tech in which the Red Raiders led 35-10 at halftime. “I don’t have any words of wisdom. We got off to an extremely poor start defensively. We settled down and did some things better, but we’ve got to be ready to go defensively.”

One bright spot last week was freshman receiver Sam James, who had 14 receptions for 223 yards.

Oklahoma transfer quarterback Austin Kendall has struggled at times this season — 12 touchdowns, 10 interceptions — and might have to hold off Bowling Green transfer Jarret Doege, who appeared in his first game last week, completing 11 of 17 passes for 119 yards and a touchdown.